The Red Dove Café is an exciting Uniting Church project that has been a Royal Adelaide Show institution for over 65 years. The Red Dove Café has served food and drinks to Adelaide's show-goers with the purpose of raising money for mission since 1951.

In 2017 the Red Dove Cafe opened in a new building in a new location at the Show. After a huge success, the Red Dove Committee donated over $63,000 to mission projects operating right here in South Australia! 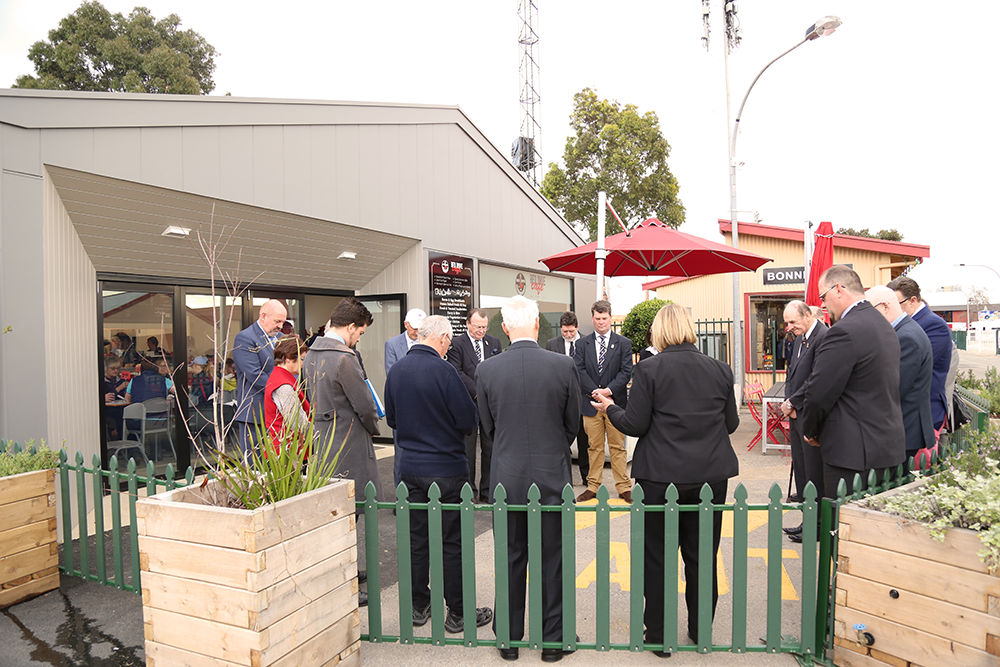 The team at the Red Dove Café is thrilled to return to the Show again in 2018 and looks forward to serving everyone. 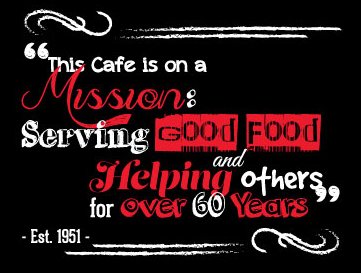 The food, fun and fundraising provided by Red Dove Café every year at the Royal Adelaide Show is well known in the Uniting Church SA community as well as the broader Show community. Last year, the café moved to a new building in the south eastern corner of the Wayville Showgrounds, providing an opportunity to reach show workers and attendees in a new space.

Many Uniting Church members will be aware of the long legacy of Red Dove Café, which runs annually at the Royal Adelaide Show – and has done since 1951. Established as the 'Methodist Café', the initiative started as a small fundraising outreach operated by the Home Mission Department of the Methodist Church in South Australia which provided nutritious "away-from-home" meals to country people with competing livestock. It's hard to imagine but at the time, there were limited food options for people spending long hours at the Show.

The café was later expanded – offering more food options and opening for longer hours. The café building was rebuilt in 1965, allowing further opportunities for the café to connect with community members attending the Show.The café operated from within the carnival area of the showgrounds, providing an easily accessible place for carnival workers to grab a quick bite to eat. The café’s long opening hours – from 7.30am to 8pm – allowed them to capture the business of many people each day during the Royal Adelaide Show.

The café’s change of name was the result of many people commenting on the red dove in the Uniting Church logo.

As the café has undergone many changes, so too have the Wayville Showgrounds where the Royal Adelaide Show is held; the Show Society has been progressively redeveloping the entire grounds.

Several years ago, the Show Society advised Red Dove Café that it was likely that there would eventually have to be changes to the area surrounding the café. While the team behind the café hoped that these changes would mean simple redevelopment of the existing building, it became clear that the Society wished to clear the entire area and redevelop it in a different way. In early 2016, it was confirmed that the 2016 Show would be the last to be held in Red Dove Café’s existing building.

A farewell and celebration for the old building was held after the 2016 Show. Many people who had volunteered in the café came along to relive memories and to say goodbye to the building before it was demolished.

In consultation with the Show Society, the organisers of Red Dove Café decided to continue operating in a different location within the showgrounds. A new building, funded by the Show Society, was constructed in a location adjacent to the main arena in the south eastern corner of the grounds in 2017.This new location has meant a separation from regular carnival worker customers, but is very convenient for many of the agricultural exhibitors in the surrounding area. The new Red Dove Café opens at 6:30am each day to cater to the needs of these workers and general showgoers.

Located in their new building, Red Dove Café continues to offer home-style meals and quality customer service courtesy of the many volunteers who dedicate their time and talents to this important initiative.

(near the Exhibition Dairy and Horse Area - view map here)