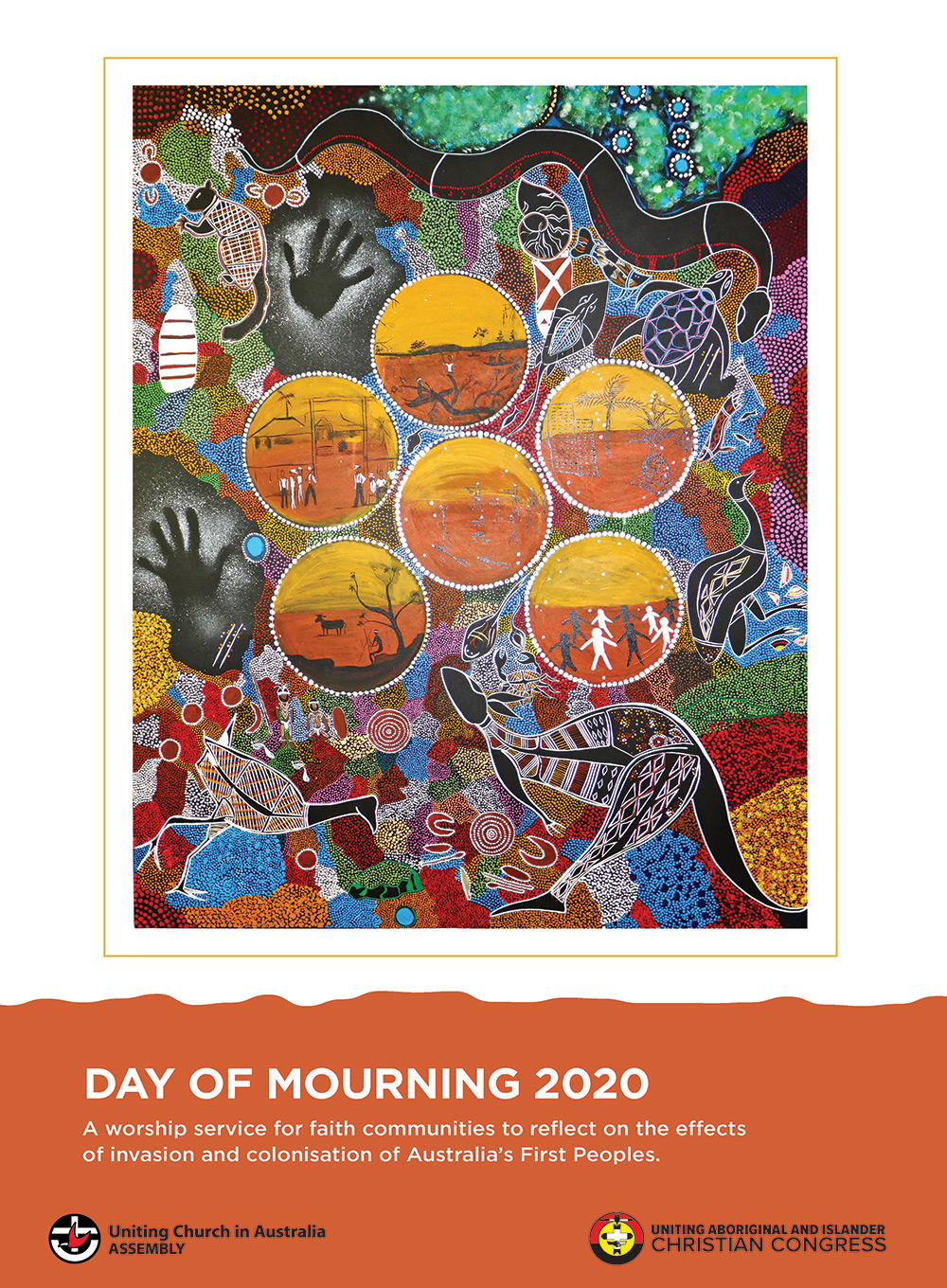 Mourning. It speaks to commemorating and acknowledging all we have to mourn since invasion took place. Not just the loss of life, but for all of the loss of culture, loss of land, loss of language. We know the power and the importance of grieving for people and things lost, and we believe we still need to speak these words.

At the 15th Triennial Assembly of the Uniting Church in Australia, it was resolved to institute a Day of Mourning to be commemorated on the Sunday before Australia Day each year. This is a way that Uniting Churches remember together with our First Peoples the cost of settlement and its ongoing impact.

The Assembly have produced a range of resources to assist congregations and faith communities in standing in solidarity with the First Peoples of these lands. Find the resources on their website>

Australians Together also has some useful resources:

Reconciliation in the Uniting Church

The Uniting Church in Australia commits itself to the special relationship of Covenant with God and one another, that first and second peoples are called into together. It is in this God-inspired relationship that healing and sacred kinship may become possible.

The Uniting Church in Australia recognises the deep desire of many Australians to move towards reconciled relationships between the First and Second Peoples of this land. In the act of Covenanting, Uniting Church members, both Aboriginal and Torres Strait Islanders and later-comers share stories and hospitality, brought together to be one body around the table of Jesus Christ.

What does it mean to be Christians in this land?

Covenanting is about being disciples in Australia and understanding that God was revealing God-self to First Peoples before later-comers arrived here. In sharing stories, First and Second Peoples can be strengthened in faith by learning the sacred stories that give communities identity. As we listen deeply, we learn to appreciate God’s work in the lives of others.

Covenanting can put flesh on your faith. It can lead you to a new relationship with God by leading you to new relationships that enrich us all culturally. Covenanting can make real the call to love your neighbour and work with God in overcoming injustice and indifference.
Pictured above: Rev Denise Champion on her home country in the Adnyamathanha Traditional Lands at Wilpena Pound.