There are no winners in war

By Rev Mark Dickens
Rev Mark Dickens is currently in placement as the Chaplain at Prince Alfred College.  He is also an Australian Army Reserves Chaplain with 13 years of service.

Ask a group of Year 6 boys at Prince Alfred College if it is important to remember Anzac Day, and the answer is a resounding ‘Yes’. I recently posed this question in an email to the Preparatory School Captains to solicit their individual responses as I collected my own thoughts in consideration of what to write for this article. My subsequent question, ‘Why do you think this?’ gave them opportunity to express their thoughts, which included notions of risk, sacrifice, lives lost, protection and peace.

Marking the landing of Australian and New Zealand soldiers on the Gallipoli Peninsula on the morning of 25 April 1915, the name Anzac Day had been officially given by the time of the first anniversary. The Gallipoli campaign exacted a significant toll on both sides of the battle lines over a period of eight months. Over 8,000 Australian soldiers were killed. It was the first major military action which involved Australian and New Zealand troops during the First World War. The day came to be one on which all those who died throughout the war were remembered.

With the passage of time, Anzac Day has come to serve as the occasion to commemorate the lives of Australians killed in all military operations since, both in wartime and during peacekeeping operations.

I also asked the boys whether we should approach and recognise the day as a celebration or commemoration. Their responses surprised me. Perhaps it was the way I asked the question. For reasons not too dissimilar from one another, they essentially said ‘both’. Maybe I would have received a different response, had I asked Year 12s the same question.

Is this something you have stopped to consider?

I have long approached Anzac Day as one to be commemorated rather than celebrated.

The day draws people into contemplation of the actions of those who served, the conditions and environments they found themselves in, and remembering those who died. It is not about celebrating war, or its victors.

In my mind, there are no winners in war. Invariably, each ‘side’ is left to count the cost once the weapons of war have fallen silent.

The cost is not counted by simply totalling the number of people killed, or adding in those wounded in action. There are unseen wounds that lie within the psyche of many of those who return. Now and again, often after discharge, these become visible and named: depression, anxiety, moral injury, post-traumatic stress disorder (PTSD), traumatic brain injury. There is nothing to celebrate in that.

Prince Alfred College has its own connections to the Gallipoli campaign with a number of Old Scholars serving throughout. Sadly, there were many who were counted among those killed or wounded in action. The school’s history records that, in morning assemblies, students listened to the reading of the names of those who were the most recently killed on the battlefield. A sobering experience indeed. Some of those so named had only been a year or two out of the College.

At Gallipoli one Old Scholar in particular figured prominently. Hugo Vivian Hope Throssell (PAC 1896-1902). His story, however, is testament to the cost encountered after the war was over. 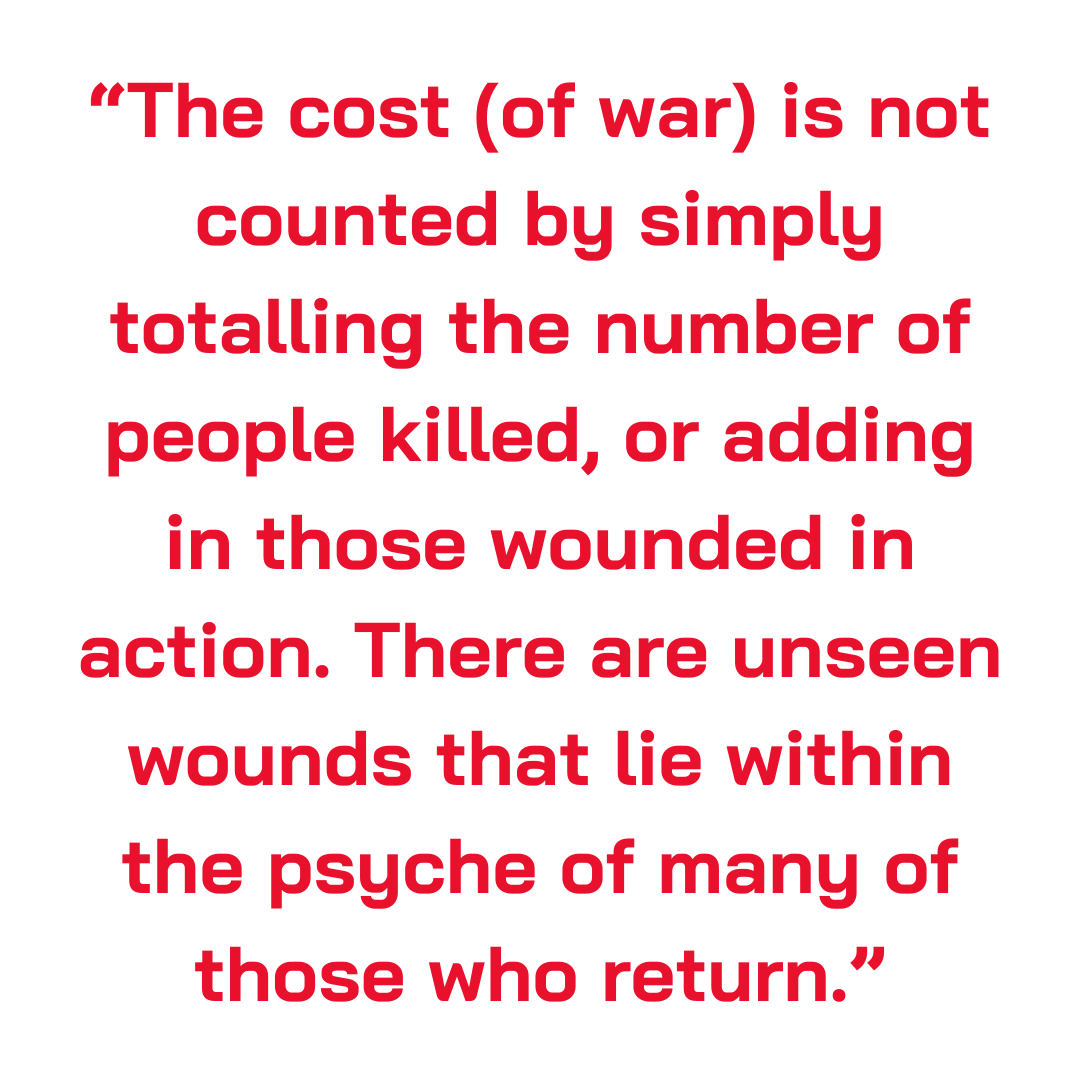 A boarder from Western Australia, Throssell excelled in sport at school and was no slouch academically. Returning to WA after school, come wartime he and his older brother, Eric, enlisted to serve with the 10th Light Horse. The two brothers, along with another two brothers from WA, Ross and Lindsay Chipper, also PAC Old Scholars, found themselves on the frontline.

Following a forward thrust on 7 August 1915, the Chipper brothers were killed in action, while Eric Throssell was wounded in action, having been shot in the lung. Hugo remained unscathed. Three weeks later, in another advance forward, Hugo Throssell found himself in the thick of an engagement. His actions in this were nothing but fearless and heroic, especially considering he had taken hits to his back and neck during the firefight. Seven weeks later, Throssell was awarded the Victoria Cross, the highest award for gallantry in the face of the enemy.

With such recognition, one could argue Throssell’s wartime achievement is worthy of celebration. A return to PAC in 1916 saw him treated as a hero. However, for Throssell himself, this became the furthest thing from his mind and was not his reality.

Post-war, Throssell became an outspoken opponent of war, declaring its futility. It is said that he claimed that the suffering he had seen in and through war had made him a socialist.  What is described as his very public opinions put him offside with a good number of people.  The sad ending to the story of Throssell is in the recording of his death by suicide in 1933, aged 49. Again, there is no celebration in that.

Without doubt, when 25 April comes around there are many, young and old alike, who take the time to pause and remember those whose lives have been lost in war. At the same time we remember, too, the effects of war on those who return.

As Christians we are called to be people of peace. Sadly, history reminds us that conflicts and war have punctuated world affairs throughout the ages.  As we commemorate Anzac Day, it is my prayer that we continue to strive for peace and justice, holding on to the hope that weapons of war may sound no more.

Join RAAF chaplain Robyn Kidd and Moderator Bronte Wilson for a special Anzac Day prayer that can also be used in this Sunday's Worship Services. Go to the event post and click "get reminder" so you don't miss out.

This article was first published in New Times April/May 2020 edition. Read it here.

back to Culture articles

back to all articles

A section of Athelstone UC’s church facilities has been made available as a Federal Government-funded, GP-led Respiratory Clinic for COVID-19 testing. The new clinic opened yesterday.

SA Synod Covenanting and International Mission Officer Tarlee Leonardis made this video to educate, encourage and commemorate National Sorry Day. It includes a call to action for all of us.

A letter from the Moderator and Synod Refugee Advocacy Group to all members of UCA SA, regarding the campaign to ensure people seeking asylum, refugees and other vulnerable groups are included in the Government's COVID-19 responses.