Poverty exists. Poverty Hurts us all. We can all do something about it.

John Wesley wrote: "One great reason why the rich in general have so little sympathy for the poor is because they so seldom visit them. Hence it is that...one part of the world does not know what the other suffers."

The Moderator warmly invites Uniting Churches in SA to join UnitingCare Wesley Bowden (UCWB) in the fight against disadvantage by having an Anti-Poverty Sunday this October.

Since 2002, Anti-Poverty Week has been active each year in the week around the 17th of October, the United Nations Day for the Eradication of Poverty. 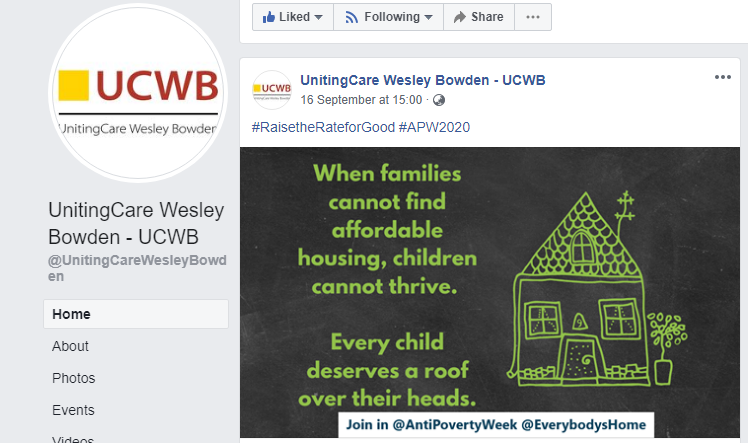 Video message from the Moderator 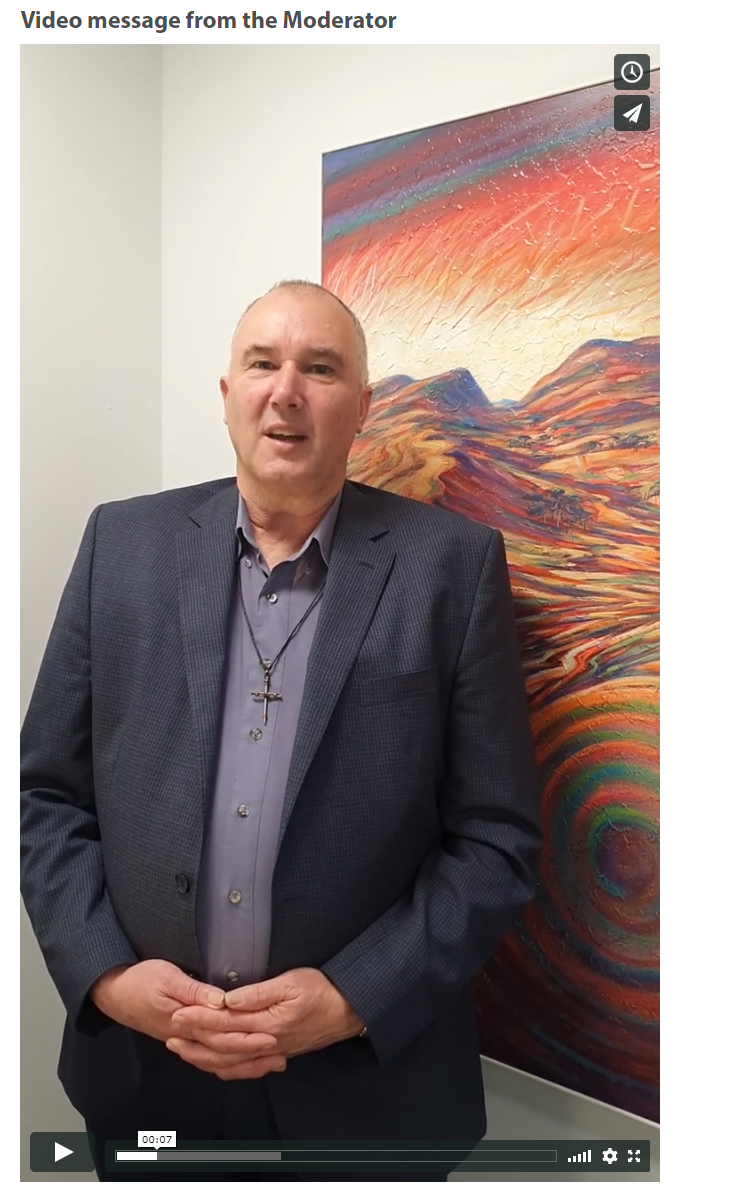 Uniting Church Statement to the Nation:

“...We pledge ourselves to seek the correction of injustices wherever they occur. We will work for the eradication of poverty and racism within our society and beyond. We affirm the rights of all people to equal educational opportunities, adequate health care, freedom of speech, employment or dignity in unemployment if work is not available. We will oppose all forms of discrimination which infringe basic rights and freedoms...”

"The expectation that God’s people are those people who will welcome strangers and care for them runs throughout the Bible. This is presented as a moral imperative for those shaped by the Hebrew Bible and New Testament. This imperative is a response from knowing the love God has shown to us." 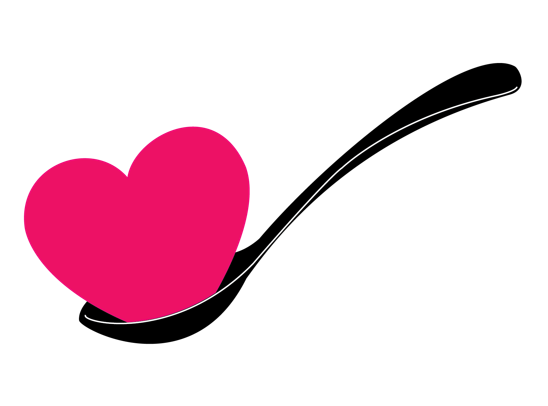 Rev Elenie Poulous: "Inequality and the power of imagining a different world" What is the responsibility of the Church? UnitingJustice website. (article)

"The Christian church, I believe, has a particular responsibility to challenge the mythology that there is no other way and to offer an alternative vision for what is possible."

"All creation shares in an interdependent destiny, and all human communities must work to devise a sustainable future. The vision of the new and redeemed creation that ends the New Testament is of a city in harmony with nature, where—even after great suffering—“the leaves of the trees are for the healing of the nations”
(Rev 22:2). This document stands in a century-long tradition of ecumenical social witness that has advocated a cooperative, stewardship society."

Anti-Poverty Week will commence on October 11 and end on October 17, which coincides with the United Nations International Day for the Eradication of Poverty.

This year we are supporting affordable housing for all as the best solution to reducing poverty and partnering with the Everybody's Home campaign. We are also continuing to support the Raise the Rate for Good campaign led by ACOSS to ensure that JobSeeker payments (formerly Newstart and Youth Allowance) never go back to $40 a day.

Our focus is that poverty exists, poverty hurts all of us and we can all do something about it.

Our messages call attention to the need to keep the JobSeeker and Coronavirus Supplements at levels above the poverty line. Beyond the positive human impact this would have on individuals and families (particularly children), modelling indicates that this would also deliver the critical ongoing stimulus required for Australia’s economic recovery from the pandemic.

Since the inception of Anti-Poverty Week in 2002, we have implemented nation-wide public events to communicate our messages and advocate for the end of poverty. This year however, as a result of the coronavirus, we are focusing on using the Internet and social media to reach a wide audience.

As a leader in the sector, we ask that you use your significant influence to help us spread our messages via your organisation’s online networks. A range of social media resources are available at the Anti-Poverty Network website (antipovertyweek.org.au) that can be easily posted with the hashtag #APW2020.

The website also has detailed data showing the effect of poverty at national and state levels that you can use to create your own messages of support.

You may choose to film your message using either a camera or mobile phone to create a video that can also be posted on social media. If you would like to do this, Anti-Poverty Week can offer you a free video editing service of your raw footage. Please send you completed video or raw footage can be sent to Toni Wren at ed@antipovertyweek.org.au by Friday 25 September.

With policy deliberations currently underway, we ask that you act quickly so that your voice can be of influence before the 2020-21 Budget announcement, which is due on 8 October.

Thank you for joining the Anti-Poverty Network in advocating for an end for poverty.

Jess' day on Newstart: watch and see if you could live on $40 a day - Vinnies (live play only) 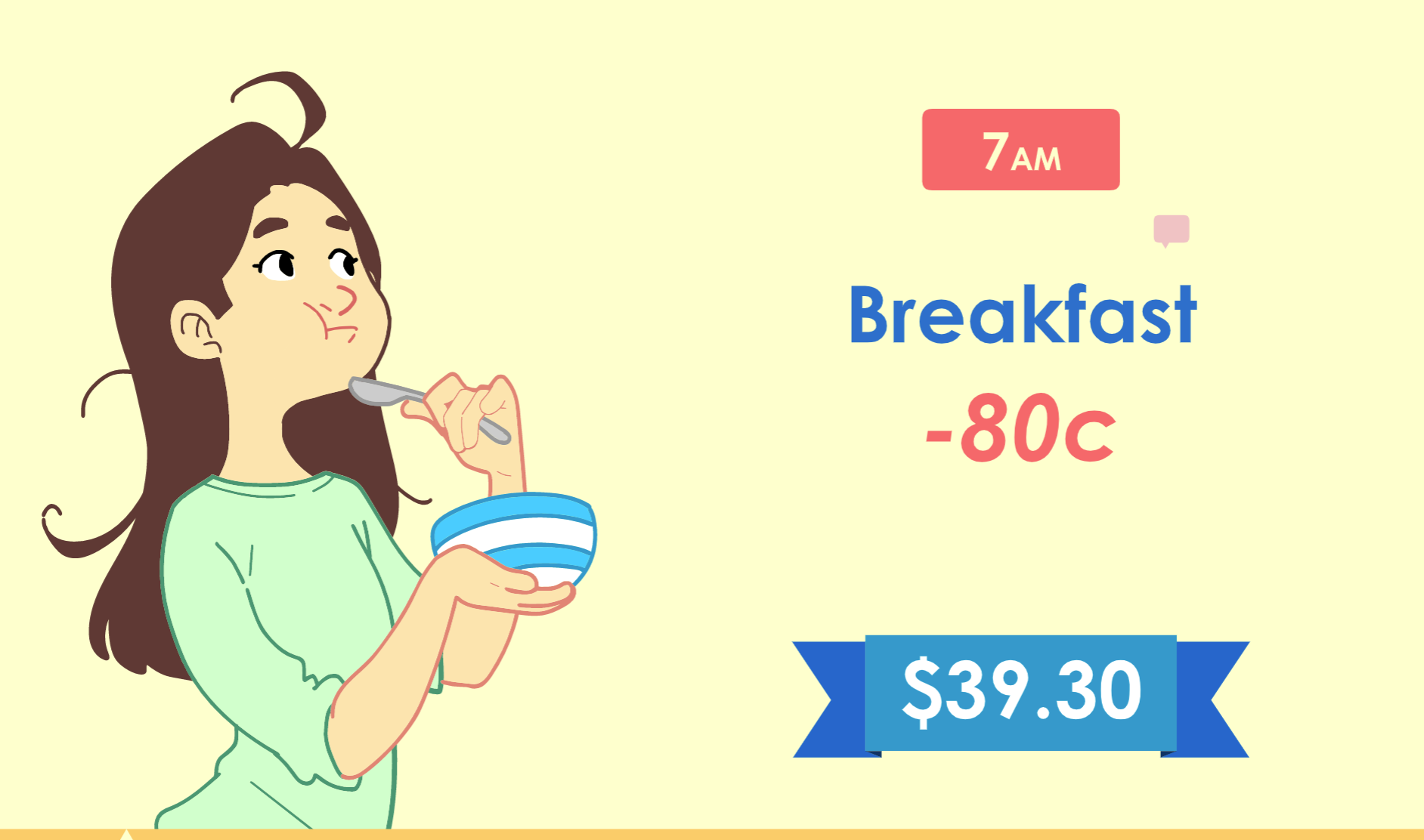 A visual on inequality, if wealth was a swimming pool - Australian Council of Social Service (YouTube) 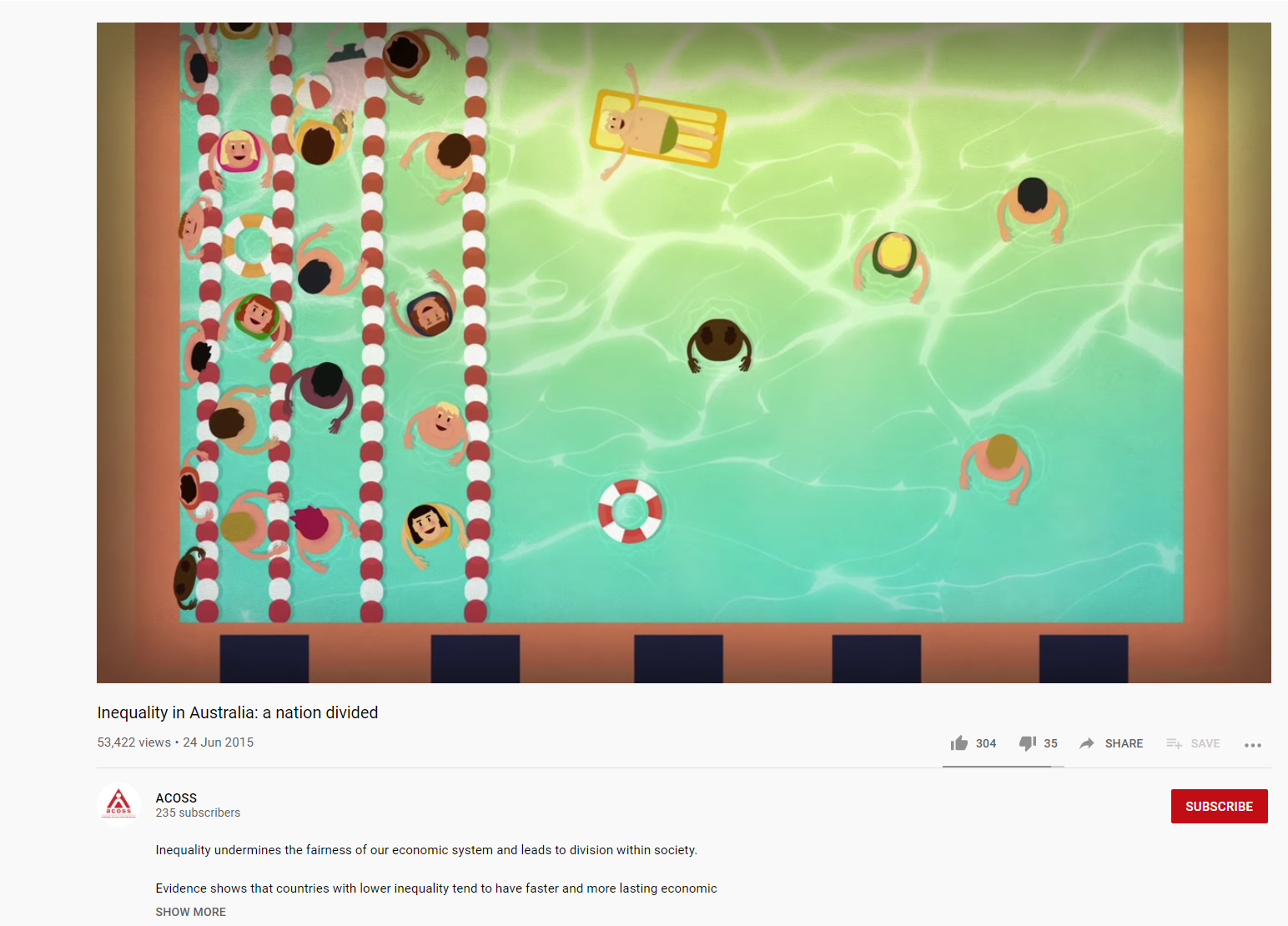 "In the early 18th century the dominant economic view was shaped by mercantilism and viewed poverty as a social good, which would increase the country’s economic growth. Bernard de Mandeville noted in 1732, “it is manifest, that in a free Nation where Slaves are not allow’d of, the surest wealth consists in a Multitude of laborious Poor... It’s still common to hear the argument that benefits like food stamps or unemployment will prevent people from working by lulling them into a hammock of dependency.” 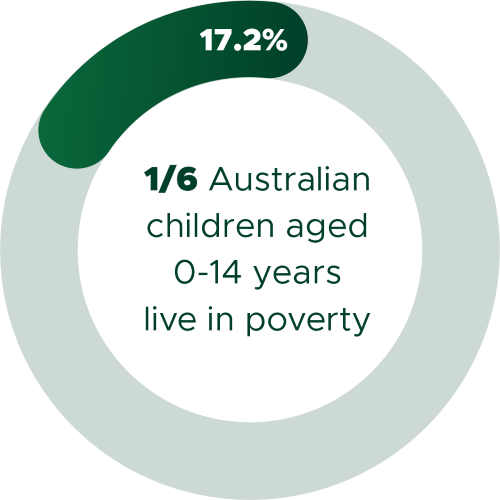 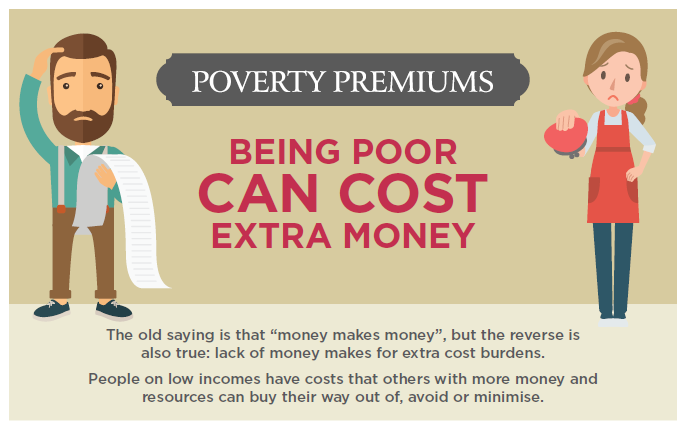 "Excessive inequality in any society is harmful. A system that leaves people behind is bad for the economy as well as people. When resources and power are concentrated in fewer hands, economic growth is diminished. People trapped in poverty face harsh barriers to finding paid work or gaining skills to improve their chances in the competitive job market. When people have to go without meals, sleep on the streets or can’t afford healthcare, we are seeing the impacts of inequality.

By reducing inequality, we can enjoy the collective peace of mind that there is enough funding for the services we need, such as health and aged care, and that when people fall on hard times they still have enough to meet their basic needs." 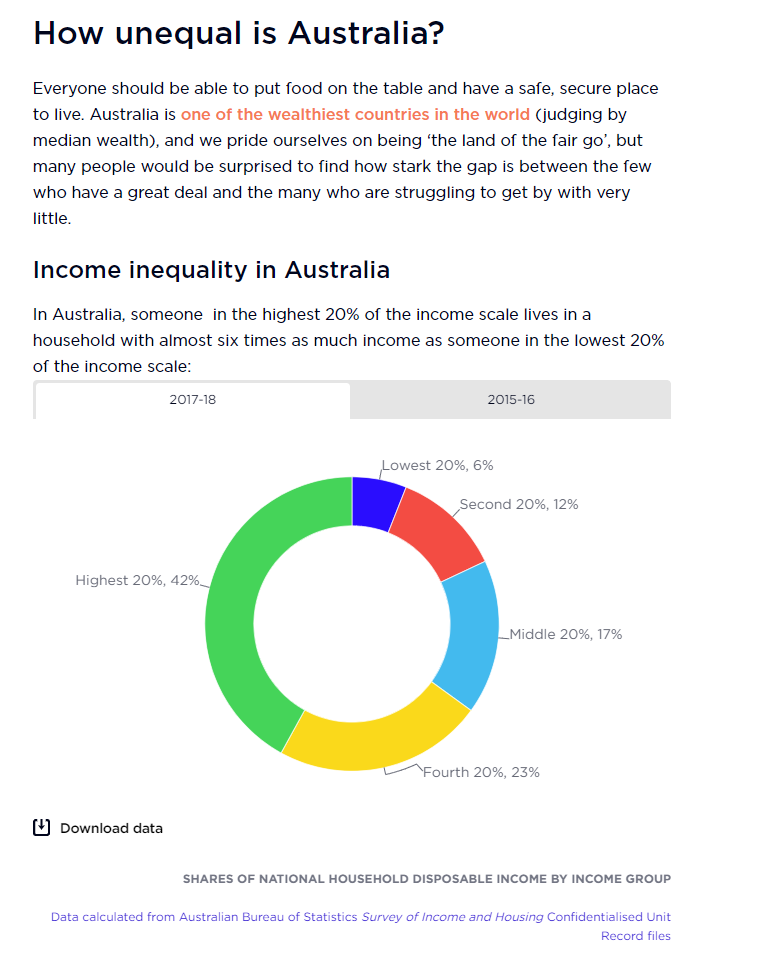 To find services or make a donation: Contact an organisation directly

For Governance, Synergy or Events: