Through our partner church, the Church of Christ in Thailand (CCT), the Uniting Church in South Australia has been a long term supporter of the CAM HIV/AIDS ministry based in Chiang Mai. Jan and Jeff Hudson from Burnside City UC have volunteered with the CAM ministry and seen what amazing things can happen. Here are some of their photos: 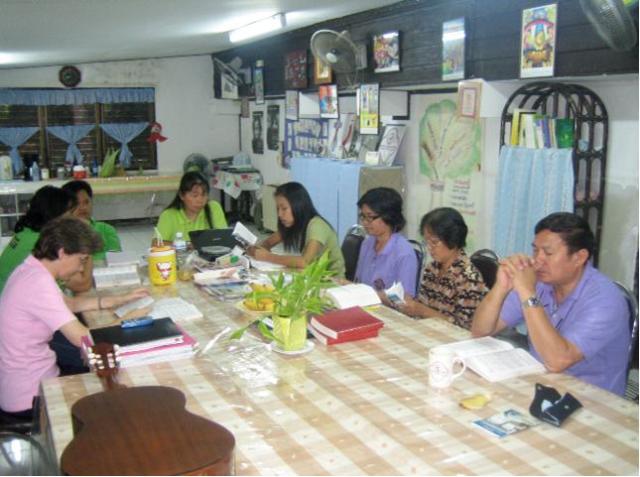 The amazing transformation of Jim, a woman with HIV who has been helped by the medical treatment and care given by CAM staff. 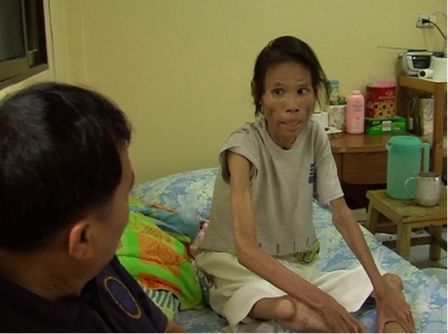 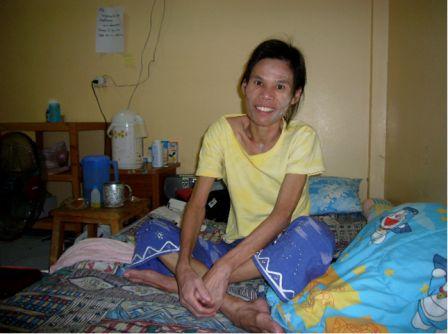 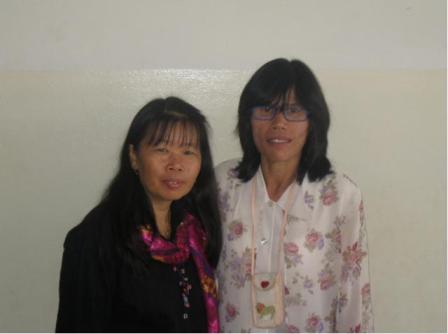 We look forward to continuing our partnership with CAM and the inspirational work they do in northern Thailand.

Review and refinement of the partnership in 2015

At the annual Presbytery and Synod meeting in 2015, it was resolved to:

Reshape the partnership between the Uniting Church in Australia, Presbytery and Synod of South Australia and the Church of Christ in Thailand (CCT) as a “second tier Partnership” with emphasis on developing its existing strengths in ministry with:

Rev. Dr. Amelia Koh-Butler re-established contact with our Partners in the Church of Christ in Thailand (CCT) on a visit during July2015 to Chiang Mai.

The South Australian Presbytery and Synod of the Uniting Church in Australia has been a supporter of the CCT AIDS Ministry (CAM) for a number of years. Amelia also met with Rev Wutti and his wife and reported on a very meaningful visit to the CCT AIDS Ministry. UCSA had previously entered into a commitment to provide $5,000 funding to CAM per year which ended in 2014. Given our financial position at the South Australian Presbytery and Synod of the Uniting Church in Australia the International Mission Office has advised that we will be unable to continue this level of financial support. However as CAM is a program dear to the hearts of many of our volunteer fundraisers, we believe UCSA will be able to assist from time to time to fund specific aspects of the AIDS Ministry, on the basis of a specific project proposal from CAM each time for our fundraising groups to consider. One such fundraising group are the volunteers who run the St Andrews Opportunity Shop at Glenelg in South Australia. At a recent meeting with them it was agreed that they would provide CAM with $2,000 as a final expression of their support for CAM’s vital work. 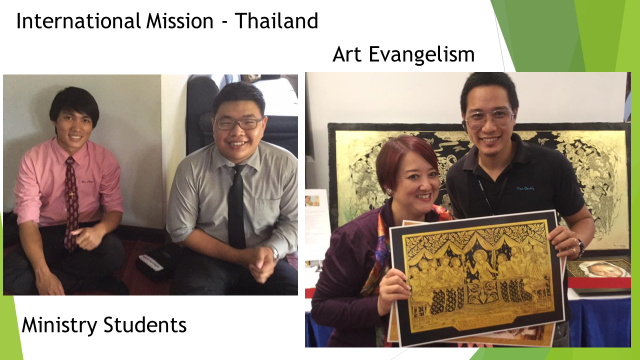 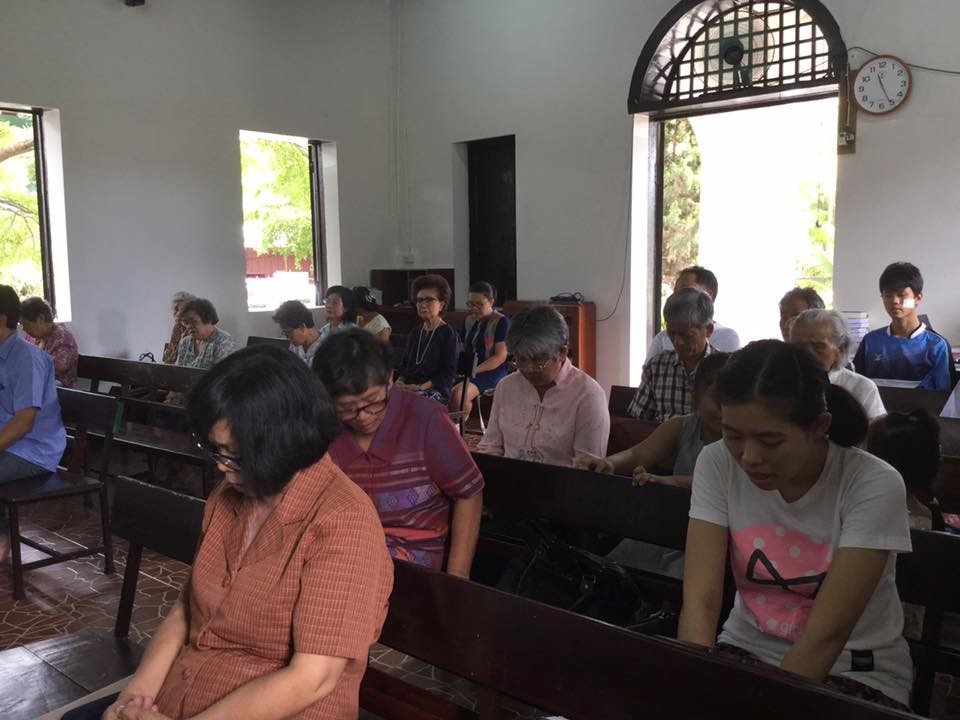 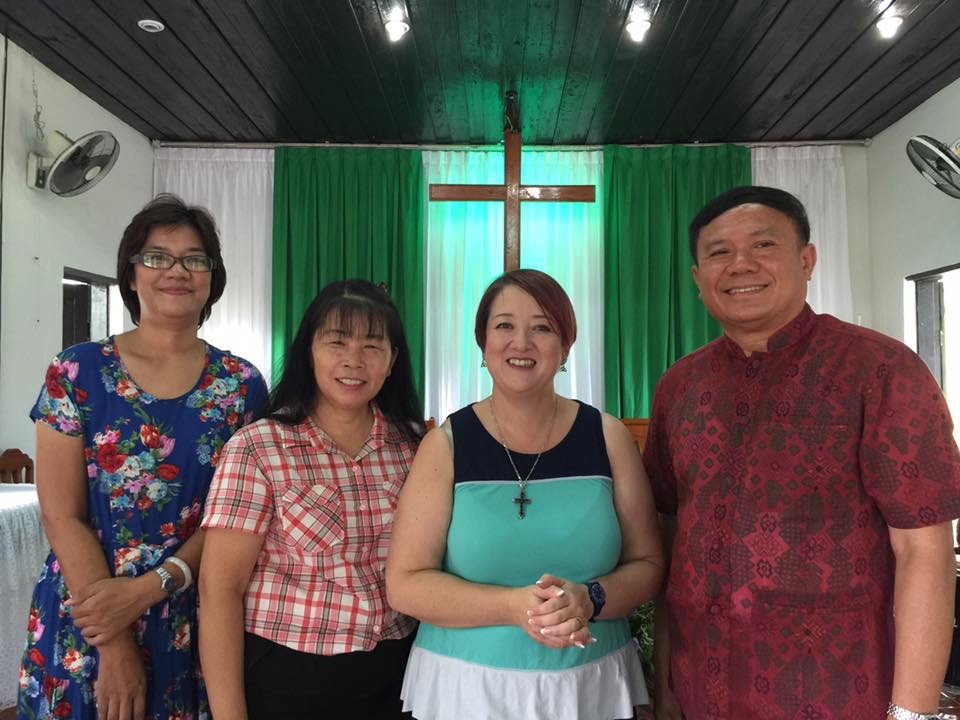 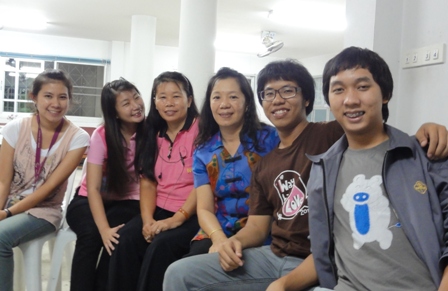 Uniting Church SA enjoys a longstanding and well-developed partnership with the Church of Christ in Thailand (CCT). Under the umbrella of the national church-to-church partnership between the Uniting Church in Australia (UCA) and the CCT, South Australia’s link is with First District Chiang Mai. This partnership is a vibrant expression of mutuality in mission.

At the heart of our partnership has been the Mission Ignition programme of youth exchanges between our two churches, which began in 1994. Young Thai Christians have experienced the hospitality of South Australian congregations and Easter Camps and, in turn, young people from Uniting Church congregations in South Australia have spent 3-4 weeks as guest of First District Chiang Mai. These youth exchanges have built cross–cultural understanding, developed leadership skills and established warm friendships between the individuals involved, across boundaries of race and culture. In particular, Mission Ignition has provided excellent opportunities for young people to reflect on the multiplicity of contexts in which Christian faith is expressed and experienced.

A growing point of engagement between our two churches has been through the CCT’s AIDS Ministry (CAM). Mission Ignition teams from South Australia have visited CAM, volunteers from South Australia have worked with CAM, staff from CAM have come to Adelaide for English language training, and financial support for CAM comes from a significant number of congregations and individuals.

In 2006 Rev Sanan Wutti, the Director of CAM, and Mrs Jaruwan Wutti, the Office Manager, spent six months in Adelaide engaged in English language study. In 2008, Mrs Nawanat Kunasawat (“Goong Lek”) a member of the CAM staff responsible for home visits, spent four months in Adelaide for the same purpose. Each of these visits strengthened the link with CAM. Currently South Australia is supporting a major initiative by CAM in developing foster care and other support services for children whose parents have died from AIDS or who are too ill to care for them.

Over many years, Philip Worsley from the Tea Tree Gully congregation and Pam Silby from Athelstone UC, have led “Mission Awareness” tours to Thailand.

The Uniting Church’s partnership with Thailand at a national level began in 1970 with the appointment of the Rev Brian Ball to serve in the area of Christian Education. Since that time, a number of South Australians have served in Thailand as long and short term mission co-workers or volunteers.

Since 2011, partnership activity has centered upon: Back to top ^